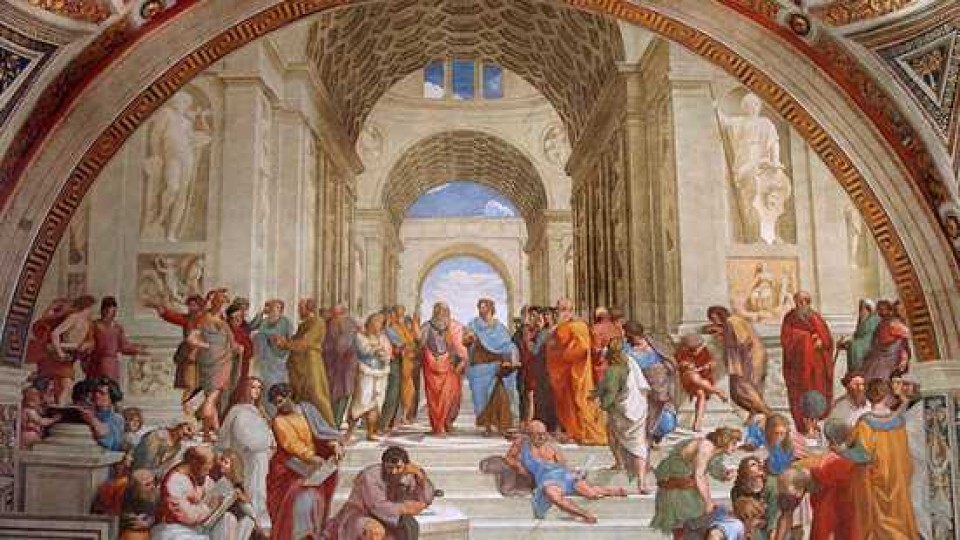 A. INTRODUCTION: Why apply Mayeutics in our Education?

According to Plato’s translation of Tredennick (1968), mayeutics consists of a relationship between teacher and disciple based on dialogue, which aims to achieve the true essence of things. This dialogue, for its part, can be established from an erratic or ignored idea, called Socratic irony.

According to Sánchez et al. (2012), the Socratic method is very different from the «master class», it constitutes an active learning methodology, based on metacognition, which focuses the student as the protagonist of their own learning, fostering in the student the creation of a critical attitude.

Then, it becomes important to define the term metacognition in order to understand the association of this qualifier with mayeutics. Flavell, in his work, defines it as:

knowledge or awareness that one has about their own cognitive processes and products […] refers, among other things, to active supervision and the consequent regulation and orchestration of these processes in relation to the cognitive objectives or data on which they act ”( Flavell, 1976, p. 232)

Having understood this concept, and following this line, Shoenfeld (1992) highlights the importance of using teaching methodologies based on metacognition to improve students’ learning of mathematics. For his part, Rigo (2011) defends the implementation of metacognitive techniques in classrooms, underlining Socratic maieutics as a teaching-learning technique that fosters student learning based on self-recognition of their ignorance in three phases: time of construction , moment of de-construction and moment of re-construction. Likewise, this author points out that the use of this technique has numerous benefits in the field of research and mathematics, which makes it necessary to transfer it to other educational spheres, thus causing the metacognitive practices that represent the quintessence of Socratic mayeutics, have an unquestionable presence in the educational agendas of different countries.

However, we can appreciate that mayeutics is presented as a relationship between teacher and disciple, which through dialogue allows to connect with previous knowledge and that, through de-construction and re-construction, the student will acquire a learning, at the same time that you will be aware of your own cognitive processes and products. The necessary elements that must coincide to produce meaningful learning are observable in this technique, as previously discussed considering the postulates of Ausubel, Novak, Gowin and Vigotsky.

All in all, we can broaden the connection of mayeutics with Piaget’s cognitive processes and Bruner’s exploration and remembrance discovery, since together they comprise, for example, the methodological basis of the Harvard Intelligence Program.

B. THE MAYEUTICS IN THE HARVARD INTELLIGENCE PROJECT.

The Harvard Intelligence Project (from now on PIH), developed in the late 1970s, was conceived, according to Mejía et al. (1992), to improve thinking skills and abilities in adolescents from socially depressed families. To do this, through systematic intervention, the increase in skills considered typically constitutive of intelligence was facilitated.

The methodological bases of this program are found in the mayeutics, Piaget’s cognitive processes and Bruner’s exploration and remembrance discovery, with the objective of: developing useful cognitive skills in themselves that facilitate the acquisition of other knowledge that can be extended to situations and contexts of the personal, family and work life.

On the other hand, with respect to the report emanating from the institution that carried out the project, Harvard University (1983) reveals that both the experimental and control students presented an improvement in test scores throughout the year of experiment. On the other hand, the progress of the experimental group was greater than that of the control group in most of the proposed cases. Showing statistically significant differences, which makes the project a promising program.

The success of this program has found a place in its implementation in many countries on a global scale. Among one of his essays, Ramos (2014) studied through his methodology how the PIH influences the IC, as well as the implications in the organizational and professional development of teachers. The study occupied him four years, concluding that:

«The incidence of PIH in IQ is very positive, producing cognitive improvements in students, measured through the Cattell intelligence test» g «. With respect to professional organization and development, it positively influences the autonomy of teaching activity, the commitment to its pedagogical practice, as well as the self-criticism necessary to constantly evaluate it, generating flexible pedagogical proposals, through self-reflection. The communication of this experience positively influences both the school community and the local community, encouraging them to participate in educational projects aimed at improving the quality of teaching-learning and education processes ”(Ramos, 2014, pp. 1-2)

On the other hand, Ramos (2014) proposes that active learning implies a greater degree of involvement in learning as it entails a continuous search for answers and formulation of hypotheses. Considering active learning as an interpretive process that allows us to understand reality, giving it the character of constructive activity.

C. MAYEUTICS IN THE HARVARD METHOD FOR BUSINESS SCHOOLS.

Christopher Langdell, developed in 1870 the oldest known case method. According to Donham (1922), in that year Langdell was the new dean of the Harvard Law School (HLS) and he proceeded to approach his class from the Socratic method, debating a case that his students should later produce and solve. Its success was such that in 1920 the business school, Harvard Business School (HBS) introduced the case method in the subject of marketing in 1920. Later, other of its schools followed.

Donham (1922), in his work, explains that the main objective is for students to learn for themselves, through independent thought processes, developing the ability to use their knowledge and skills, constructing new meanings from previous learning. Since, according to this author, knowledge without the ability to put it into practice is not useful, and the ability not continually encouraged by new knowledge makes any activity routine. Something that, according to Ausubel (1976) is defined as mechanical learning, the other end of a continuum with respect to meaningful learning. And it is that, for this author, Ausubel, significant learning must be observed not only as a process, but as a product. In this sense, the attribution of meanings that is constructed with the new information is the result of the interaction between clear subdimisors, already present in the cognitive structure and the new information.

On the other hand, Donham (1922) stresses that to encourage activity, the teacher acts as a guide and catalyst, promoting dialogue and debate, allowing students to discover meaningful ideas for themselves, always within a logical framework. In this sense, the Johnson-Laird theory of mental models complements that proposed by Ausubel. According to Johnson-Laird (1983), mental models are those representations that provide individuals with predictive and explanatory power, given that they are characterized by their functionality. If the mental models do not possess these qualities, it is very difficult to attribute meaning to the content. Reason why, a learning will be more significant the greater the ability of individuals to generate mental models related to the subject under study. Therefore, the information or content offered must be considered substantial in a way that favors the construction of these mental models, something that requires logical significance.

In summary, we can conclude that mayeutics, in addition to helping to build functional mental models endowed with predictive and explanatory power that help build meaningful learning; As an active methodology, it involves an interpretive process that allows us to understand reality, giving it the character of constructive activity. Likewise, it favors the interpersonal relationship between teacher and disciple, as well as with the group, which allows for greater socialization, in addition to conferring the catalytic effect of emotion in learning. Without forgetting that this metacognitive methodology helps to develop reflection, deductive and inductive thinking, problem solving, hypothesis planning, among others, which results in greater brain activity, which, as has been proven, seeks its further development. and favors intelligence.

This article is a fragment of the Theoretical Framework of my Final Master’s Thesis, completed in June 2018 by the Isabel I University. Its essence is mayeutics, with which, likewise, it winks at Plato. Specifically, the first introduction and reflection is the sugar phrase in the photo below. A sugar bowl that I kept from a café in one of those times I went up to see my father at the San Cecilio Hospital when his second leg was amputated (hospital where I was also born). He always encouraged me to go further, to unleash my ability, to polish myself. And, finally, also making the journey is something very emotional. My father said goodbye without being able to walk, and I have walked trying to go further thanks to his inspiration and the song he dedicated to me on my 35th birthday, March 24, 2013.

Remembering it today, and feeling that it is always my inspiration to think, work and go further, I leave this little article on the «mayeutica» with the hope that it also inspires other people in education, especially those professionals who are committed to Inclusive Education. and really positive. 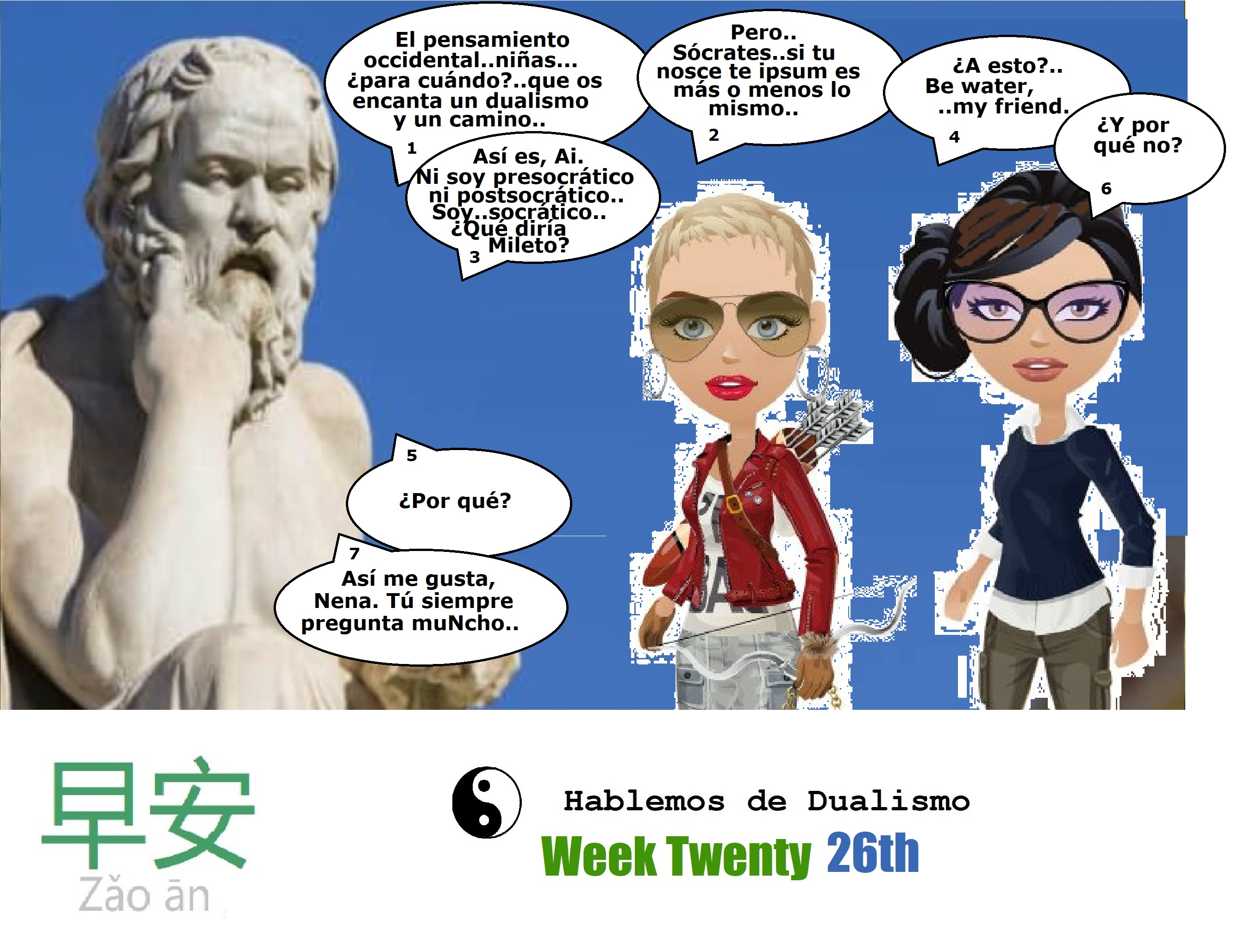 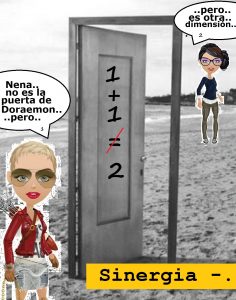 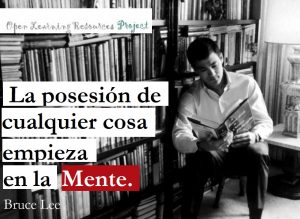 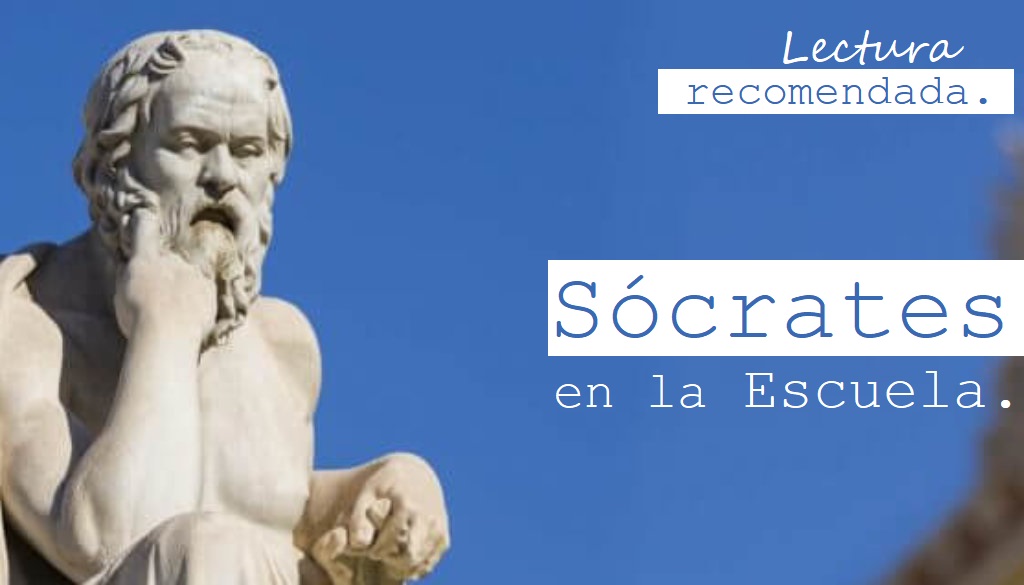 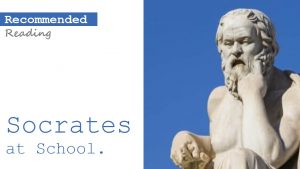 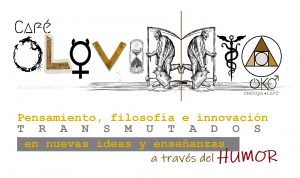 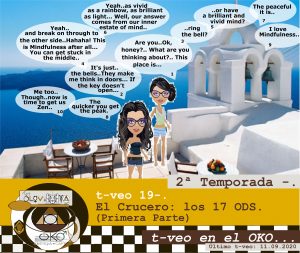